17) The Elephant and Her Friends 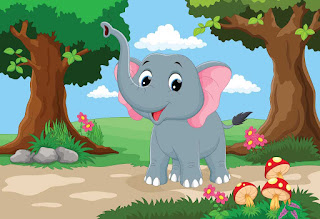 The elephant was really sad because she couldn’t make friends. Then, one day, she saw all the animals running deeper into the forest, and she asked a bear what the fuss was about. The bear said, “The lion is on the loose – they are running from him to save themselves.” The elephant went up to the lion and said, “Please don’t hurt these innocent people. Please leave them alone.” The lion scoffed and asked the elephant to move aside. Then, the elephant got angry and pushed the lion with all her might, injuring him. All the other animals came out slowly and started to rejoice about the lion’s defeat. They went to the elephant and said to her, “You are just the right size to be our friend!”

18) The Woodcutter and the Golden Axe

There was once a woodcutter, working hard in the forest, getting wood to sell for some food. As he was cutting a tree, his axe accidentally fell into the river. The river was deep and was flowing really fast – he lost his axe and could not find it again. He sat at the bank of the river and wept. 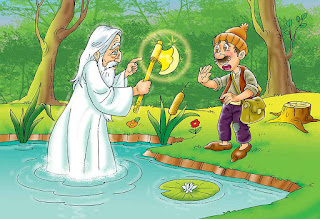 There lived two brothers near a forest. The elder one was very mean to the younger brother – he would finish all the food and wear all the new clothes of his younger brother. One day, the elder brother decided to go into the forest to get some firewood and sell it in the market. As he went around, chopping tree after tree, he stumbled upon a magical tree. The tree said, “Oh kind sir, please do not cut my branches. If you spare me, I will give you golden apples.” He agreed, but was left disappointed with the number of apples the tree gave him. As greed overcame him, he threatened the tree that he will cut the entire trunk if it didn’t give him more apples. The magical tree, instead, showered upon the elder brother, hundreds and hundreds of tiny needles. The elder brother lay on the ground, crying in pain, as the sun set. 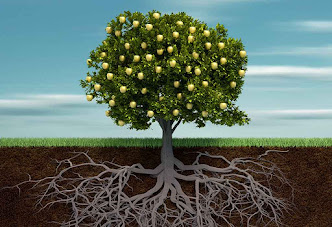 The younger brother was worried and so he went in search of his elder brother. He found him lying in pain near the tree, with hundreds of needles on his body. He rushed to his brother and removed each needle, lovingly and gently. After he finished, the elder brother apologised for treating him badly and promised to be better. The tree saw the change in the elder brother’s heart and gave them all the golden apples they would ever need.

On a hot day, a lion in the forest started feeling hungry. He was starting to hunt for his food when he found a hare roaming around alone. Instead of catching the hare, the lion let it go – “A small hare such as this can’t satisfy my hunger”, he said and scoffed. Then, a beautiful deer passed by and he decided to take his chances – he ran and ran behind the deer but since he was weak because of the hunger, he struggled to keep up with the deer’s speed. 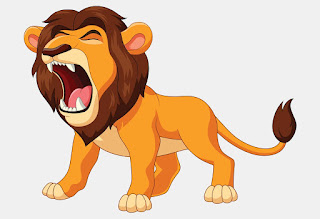 Tired and defeated, the lion went back to look for the hare to fill up his stomach for the time being, but it was gone. The lion was sad and remained hungry for a long time.