The Panchatantra Stories is a collection of fables written in Sanskrit. It is one of the most popular collections of stories from the ancient Indian civilization. The tales, most of which are based on animals, come with a strong moral message. Panchatantra english stories for kids have a strong plot with different characters, making them interesting.

About Tales Of Panchatantra

The legend goes that King Amarashakti, who used to rule Mahilaropya in southern India, had three dull-headed sons. The king appointed scholar Vishnu Sharma to educate them. After realizing that conventional tools and techniques of teaching will not work with his new students, Vishnu Sharma decided to write a collection of more than 50 stories that focused on five strategies:The collection is divided into five volumes, and hence the name Panchatantra (‘pancha’ means five and ‘tantra’ means systems).The Panchatantra was translated into a number of languages, including English, Persian, Arabic, Hebrew, Spanish, Greek, Syriac and almost all Indian languages. The German version of the Panchatantra was one of the earliest books that the Gutenberg Press printed after the Bible.

A washer man had a donkey named Udhata. The donkey carried loads during the day and was set free to graze in the nearby fields at night. He met a jackal one night and together, they would get food from nearby farms while the farmers slept. While Udhata enjoyed vegetables, the jackal attacked the farmer’s poultry. 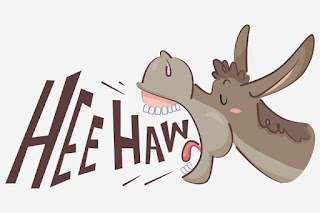 One night, Udhata was in a gay mood and told the jackal that he wanted to sing. The jackal warned him that singing while stealing vegetables from a farm is not a good idea. The donkey ignored the warning and sang to its heart’s content, even as the jackal ran to save its life. Soon, farmers woke up hearing the donkey braying and beat it with sticks for eating the vegetables from their farms.

Moral: There is a right time and place to do anything.

15. The Bird With Two Heads

There was once a strange bird with two heads. Each head had a mind of its own. The bird had a very normal life, with the heads cooperating with each other for the bird’s survival. One day, the heads started fighting for a fruit they saw on a tree. There was only one fruit, and each head wanted the fruit for itself. The second head suggested that they stop fighting and give the fruit to the wife instead. 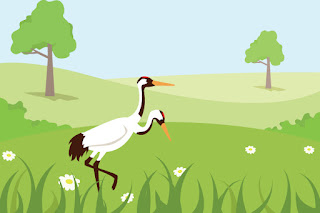 Moral: This story has two morals: Having a conflicting state of mind is dangerous. And, every part of the body is important – loss of even one could be fatal.

16. The Mongoose And The Brahmin’s Wife

A brahmin, his wife, and his baby boy lived in a small village. They had a pet mongoose which lived with them. One day, when the brahmin was out on chores, his wife left the baby in the cradle and went to fetch a pot of water. She asked the mongoose to take care of the baby while she is away. As the mongoose guarded the baby, it saw a snake crawling into the house. It soon attacked the snake and killed it. 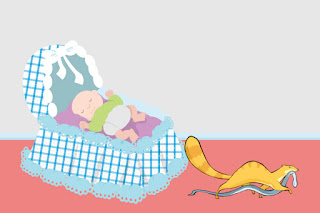 As soon as the brahmin’s wife entered with the pot of water, the mongoose happily welcomed her with blood all over her mouth. The lady was terrified at the sight and assumed that the mongoose had killed the baby. Furious, the lady dropped the pot of water on the mongoose and beat it to death with a stick. Then she went inside and found the baby happily playing in the cradle.The lady realized what she had done and repented for acting without thought.

Moral: Do not act in haste without understanding the situation.

17. The Tale Of Two Fishes And A Frog

In a lake, there lived many fishes and frogs. Two fishes, Sahasrabuddhi and Satabuddhi, were friends with a frog called Ekabuddhi. They spent a lot of time together. One day, they overheard two fishermen talking about how the lake was a good spot for fishing. The fishermen decide to come back the next day for catching fish. Hearing this the frog decided to go away from the lake to save its life. 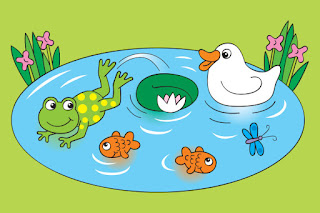 The fishes, however, were arrogant and refused to leave, saying that they can fool the fishermen with their swift movements and tricks. The frog left with its family and the next day, both Sahasrabuddhi and Satabuddhi were caught by the fishermen.

Moral: Don’t be overconfident in the face of danger, think of safety first.

18. The Lion That Sprang To Life

In a village there lived four friends who were all brahmins. Of them, three were very gifted and had successfully learned the holy scriptures while the fourth one was not. One day, the friends decided to go to the king’s court and show their skills and impress him. Although reluctant, the three brahmins agreed to take their dimwitted friend with them. 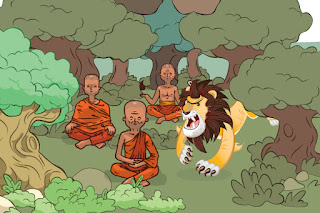 As they passed through a forest, they saw the carcass of a lion. Boastful of their skills, the three learned brahmins challenge one another and decided to bring the lion back to life with each of their skills. The fourth friend pointed out that it can be a dangerous idea. They brushed his opinion aside anyway. Scared of what was about to happen, the fourth friend quickly climbed a tree. As soon as the lion sprang back to life, it killed all the three brahmins and ate them.

Once upon a time, there lived a poor brahmin without any friends or relatives. He was a miser and begged alms for a living. One day, he received a pot full of porridge by a generous person. He hanged the earthen pot from the wall and fell asleep staring at it. He drifted into deep sleep and dreamt that there was a famine, and that he exchanged his pot of porridge for a hundred gold coins. 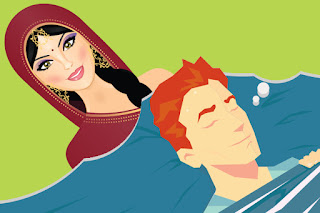 He dreamt that he bought a pair of goats and cows with the money, and made more money by trading milk. He also dreamt that a rich merchant offered his daughter’s hand in marriage and that he had a kid. He was relaxing at home when a group of kids would disturb him. Imagining that he was scaring them away with a stick, he picks up the nearby stick in his sleep and starts waving it around.The brahmin wakes up suddenly, feeling the porridge on his hands and feet. He realizes that he had destroyed the only food he had for the day and repents his actions.

Moral: Do not build castles in the air.

Stories From Kákolùkïyam (Of Crows And Owls)

A herd of mighty elephants lived in a dense forest. The elephant herd always occupied the little pond in the jungle, making it impossible for the other animals to drink water. The king of the hares approached the elephant king and presented the problem. The elephant dismissed him rudely. 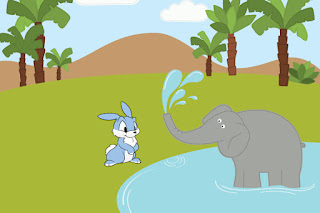 Moral: A little ingenuity can solve a seemingly big problem.

21. The Foolish Brahmin And The Crooks

A brahmin once performed sacred ceremonies for a rich merchant and got a goat in return. He was on his way back carrying the goat on his shoulders when three crooks saw him and decided to trick him into giving the goat to them. One after the other, the three crooks crossed the brahmin’s path and asked him the same question – “O Brahmin, why do you carry a dog on your back?” 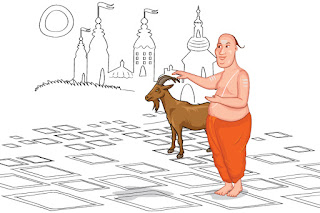 The foolish Brahmin thought that he must indeed be carrying a dog if three people have told him so. Without even bothering to look at the animal, he let the goat go.

Moral: If a lie is repeated several times, it becomes the truth for a fool.

22. The Cave That Talked

A hungry lion wandered along the jungle it ruled in search of food. It was almost evening but the lion could not find a single animal to prey upon. Dejected, it decided to go back home, when it found a cave. The lion waited there for the resident animal to come back after sunset. He quickly went into the cave and hid. The cave belonged to a jackal, which noticed the lion’s paw prints as it entered. He stepped back immediately and wanted to know if the lion was really inside its cave. 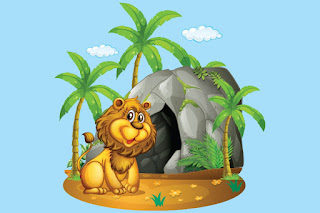 The jackal made a plan to trick the lion. He started talking to the cave, asking if it was safe for it to enter. He kept asking the same thing again and again and refused to enter the cave until he got a reply.The lion, fearing that his prey would walk away, replied like the cave. As soon the lion replied, the jackal ran away from the cave never to come back.

Moral: Presence of mind can save you from being destroyed by foolish enemies.

The birds of the jungle gathered for a meeting to discuss an important point. All birds, except the crows, showed up. The birds wanted to choose a new king as their present king, Garuda, was too busy and did nothing to protect them. After some thought, the birds agreed that the owl can see at night and should be made the king. 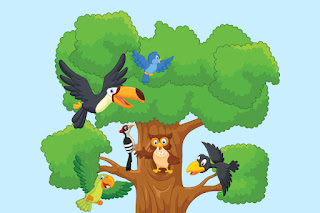 On the day of the coronation, a crow came and questioned the birds why they chose the owl as their king. On hearing the argument, the crow pointed out the flaws in the owl and suggested that Garuda should remain the king. The coronation was canceled and the owl, which was disappointed, declared that owls and crows shall never be friends. The crow repented giving unsolicited advice and flew away.

Moral: Do not offer counsel unless asked for.

24. The Thief, The Brahmin, And The Demon

A rich merchant was moved by the plight of a poor brahmin in his village and donated two calves to him. The brahmin was thankful and took good care of the calves, which soon became strong bullocks. The brahmin plowed his land with the help of these bullocks and earned a livelihood.

In the same village were a thief and a demon who wanted the bullocks for themselves. One night the thief and the demon came to the brahmin’s house and got into an argument about who should have the animals. Their quarrel woke the brahmin, who started chanting sacred mantra on seeing the demons. The demon ran away, and the thief was chased away by the brahmin.

Moral: When two people fight, it is always the third person who benefits.

Stories From Labdhapranásam (Loss Of Gains)

25. The Story Of The Potter

A poor potter lived in a small village. One day, he fell into a ditch by accident and got hurt. The wound left a big scar on his forehead. The potter moved to another village when his village was affected by famine. Luckily, he got work in the king’s court. The king saw the scar on the potter’s face and assumed that he was a warrior. He treated the potter with respects and made him a prominent member of his court.

In the following months, the kingdom was attacked by the enemies and the king asked the potter to lead the army. Afraid to do so, the potter told the king the truth about himself and how he got the scar. The potter left the kingdom, leaving the king embarrassed.

Moral: Appearances can be deceptive or never judge a person by his or her appearance.

These Panchatantra stories will make your child ask for more and lure him into the habit of reading. Comment your views.